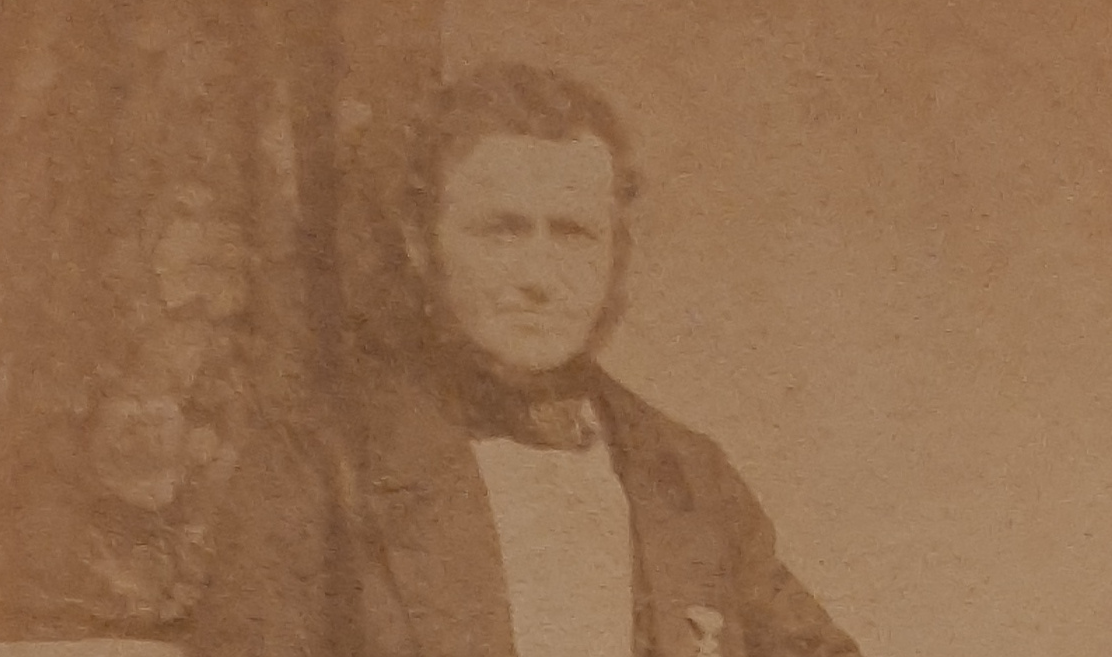 As a student, I loved going to antiquarians in the hopes of finding photos of people I could potentially identify. Today, I still have a small stack of old photos laying around, and this holiday period seems like a good moment to start where I once left of: who were those people, and can these photos find their way home by putting them on the internet? Today, I want to tackle a photo with a lot of information, a photo of “Onze oudoom Albertus Jacobes Valkema, is 82 jaren ruim geworden. Geb: 28ste Sept 18? Overl: Febr 18.”, or translated “Our greatuncle Albertus Jacobes Valkema, who lived for over 82 years. Born 28 September 18__, died February 18__”.

Using this information, I can only find one Albertus Jacobes Valkema that really fits the description: Albertus Jacobus Valkema, born on 28 September 1811 in Groningen, son of Drewes Albertus Valkema and Klaasje van Bolhuis. His birth record can be found online in the collections of the provincial archives of Groningen. However, according to his death record and death notice in the news paper he died on 2 april 1896 in Groningen. The month and age of death are not in line with the description on the back of the photograph. However, considering that whomever wrote this message on the back of the photograph did not have information about the birth and death years either (nor the exact death date), this may be attributed to simply misremembering the correct month.

From the 1830s to the 1850s Albertus sold dry yeast and bottles of alcoholic drinks. At some point he started working for the municipality: in 1860 he was a clerk, after which he became a “commies”, which is a slightly higher rank. In addition to this, in his early years he seems to have been a sergeant in the civic guard of Groningen, for which he received a medal in 1852 – probably the medal, displayed on the photo.