As people inherit random parts of their fathers’ and mothers’ DNA, they will not inherit the same length of DNA of each grandparent. When multiple generations pass, it becomes more and more difficult to predict how much DNA a person and their ancestor share – and if they even share DNA at all (which would make verifying certain lines through DNA research impossible). However, within the Shared cM project most information is limited to cousin-relationships. While some person-to-great-grandparent data have been reported, limitations to the number of generations alive at the same time make it impossible to gather data on more distant relationships.

Mathematical calculations in a 1983 paper by Kevin Donnelly have so far been used to determine the theoretical probability of having no detectable DNA inherited from a specific ancestor. To verify these findings and generate the underlying distributions , I decided to write a piece of software that can simulate DNA inheritance between cousins and ancestors. Using knowledge about the way DNA recombines, this enabled me to generate the distributions of shared DNA across generations. I have uploaded all code used to generate this post (and full samples) at GitLab, as well as some code to generate distributions for complex cousin matches.

Sharing no DNA with biological ancestors

As DNA recombination is a random process, there is a chance that a person will not inherit any DNA from certain ancestors. It all comes down to a game of chance: will you inherit that small part of your fathers DNA that contains his great-grandfathers DNA, or not? The chances are pretty slim that the person won’t: in my simulations, I found that only four of the million generated person-2x-great-grandparent pairs shared no DNA. With conventional DNA tests this might be slightly higher (considering that segments smaller than 7cM are usually not accounted for). However, nearly everyone will miss out on inheriting DNA from one of their 5x-great-grandparents, as seen in the table below.

The probabilities of no detectable DNA relationship are consistently higher than reported in the 1983 paper – why, I do not know. The differences are small but significant: when it comes to 9x-great-grandparents, it’s the difference of, on average, not inheriting DNA from 1521 ancestors or 1505 ancestors.

While it might be tempting to look at these numbers and draw the conclusion that it is possible to not inherit any DNA from one parent (considering that you don’t share any DNA with about 59% of your 8x-great-grandparents), this is not the case. The ancestors a person did not inherit DNA from will be spread out somewhat evenly throughout their tree: after all, they probably inherited DNA from all 3x-great-grandparents.

While the median cM DNA inherited from ancestors in a certain generation can give some idea about the DNA people share with their ancestors, it is important to remember that people do not inherit the same amount of DNA from every ancestor. In reality, the range of shared DNA will be quite broad and follow a skewed normal distribution. While the median DNA inherited from a 6x-great-grandparent is about 18.49cM, it is very likely that there are ancestors in that generation with whom a person shares more than 100cM of DNA. This means that certain ancestral lines will be much easier to trace using DNA than others.

The top photo is a cut-out from a photo made by Fotopersbureau het Zuiden in 1948, now in the collection of the Brabants Historisch Informatie Centrum (identification number 1634-005713). 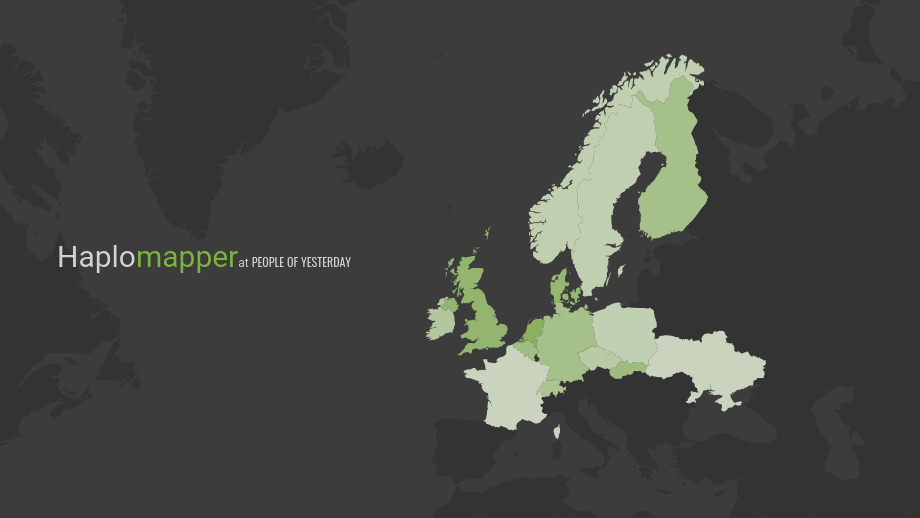